About the Rockstar Bar Las Vegas 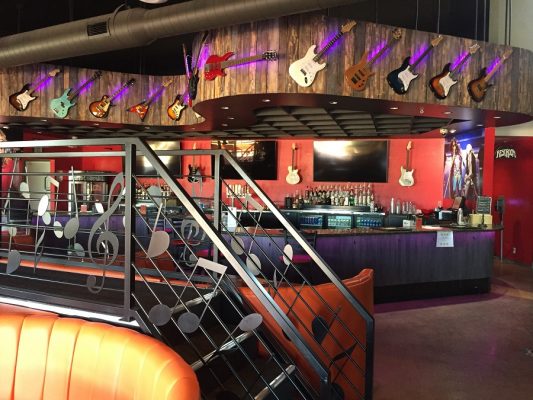 Rockstar Bar, a premier live entertainment venue, located at Las Vegas Golf Center, on the famed Las Vegas strip, will have its official “Grand Opening” on Friday, March 19th. The fun starts with a private, invite-only, VIP party from 7-9 p.m. and opens to the general public at 9 p.m.

The dynamic duo is back at it again. All it took was one phone call from John and Steve knew this venue would be something special and wanted in with this partnership. Rockstar Bar is the latest venture from these business veterans. Neither are new to the industry. Between the two of them, this duo has over 40 years of experience in the industry. John Boreta and Steve Johns have worked together in the past at Pompeii nightclub where John was the owner and operator back in the 1990s. Pompeii was the premier 26,000 square foot world-famous nightclub, for everyone who was anyone.

Mr. Boreta’s past venues have included Pompeii, Pure Nightclub, and Crush Bar and Restaurant. He was one of the investors of Pure Nightclub with his brother, Ron, as well as Celine Dion, Shaq, and Andre Agassi, which was previously located inside Caesars Palace. Mr. Boreta is also a co-investor of Crush Bar and Restaurant, which is still currently located and operated inside MGM Grand, with Peter Morton of the famed Hard Rock Hotel and Casino at the helm.

In addition to working with Mr. Boreta at Pompeii, Steve Johns has helped open and run South Beach in Palm Desert, Cecil’s on Sunrise, Zelda’s in Palm Springs, and is the co-author of The Complete Idiot’s Guide to Starting and Running a Bar.

The duo also hired a past Aerosmith tech to install sound and lighting in this all-new venue.

Opening weekend performances will include Vinny Berry on Friday and Saturday. Also, on Friday, the World’s Greatest Tribute to INXS will perform some of INXS’s greatest hits. Then, on Saturday, Heartbreaker takes the stage, and both Friday and Saturday from 11:45 p.m.-3 a.m. DJ Bambu will be spinning on the one’s and two’s the latest hits all-night long.